Contents
Advocates For The Marijuana Bill:The Division of Marijuana EnforcementDivision of Power: The NJ Marijuana Industry Licensing Structure Marijuana Tax Rates and Who The Money Goes ToWhat Marijuana is Legal?Notable Clauses in the Marijuana ActFor You

Advocates For The Marijuana Bill:

Senator Nicholas Scutari (Middlesex, Somerset, and Union County) and Senator Stephen Sweeney (Cumberland, Gloucester, and Salem County) are the authors of proposed bill S2703.  Senator Scutari has been tagged on numerous marijuana legalization bill drafts that have passed through Congress and is an experienced advocate for marijuana reform for the past decade.  Beginning with Governor Corzine, Scutari proposed Acts to forward the progress of medical marijuana in New Jersey. Stalled during the tenure of Governor Christie, Scutari has seen a window to push forward with his battle for drug war reform.  “The definition of insanity is doing the same thing twice and expecting a different outcome, and that is exactly what we are seeing with the drug war” Senator Scaturi is recorded to say on his interview for On The Record.

The Division of Marijuana Enforcement

Notable divisions of power and regulations upon the nature of the cannabis business environment include the proposal of the following licensing structure:

For the first 3 years, no person, corporation or entity holding a Class 1 Marijuana Grower, Class 2 Marijuana Processor, or Class 3 Marijuana Wholesaler license is allowed to own a Class 4 Marijuana Retailer Location.   Essentially, no business is allowed to produce and sell their own product to the general public. Additionally, no person, corporation or entity is allowed to hold more than 3 marijuana licenses. This separation of powers included in the Act as additional regulation to ensure collection of appropriate taxes from each entity and to prevent the emergence of early monopolies.  Conversely, the introduction of this section also adds a layer of regulation that prevents certain business structures from entering the market. Think Vineyards. Wine vineyards produce their own product, then host gatherings for consumers to sample their products, listen to music, and hopefully take home a of bottles or a case. With the regulations in the S2703 Marijuana Legalization Act, similar structures will be illegal for businesses in the cannabis industry.

Marijuana Tax Rates and Who The Money Goes To

Originally expected to be passed into law in late November 2018, the Marijuana Legalization Act is meeting much adversity specifying its tax structure… mostly due to the exorbitant funds Gov. Murphy initially hoped to collect from the sale of cannabis.  Taking note of California’s failed tax policy on cannabis sales, New Jersey legislators have revised the tax structure indicated in previous and has proposed a tiered tax rollout plan for the current marijuana legalization bill. In addition to federal, state, and local taxes,  marijuana products and services will be charged an excise tax of 10% in year one, 15% in year two, 20% in year 3, and 25% for year 4 onward.  This is an interesting structure as California operates under a 15% state levy on marijuana sales that has collected less revenue than expected due to consumers turning to cheaper rates on the black market.  Although New Jersey may not have as robust of a black market for marijuana products as California, it is an interesting choice by the to only allow 1 year for the legal market to become established before raising the tax rate to a controversial level.

The exorbitant tax rates will not be used to invest in the public economy, as may be believed by some New Jerseyans.  The Marijuana Legalization Act specifically declares the delegation of the tax funds to go entirely to the Division of Marijuana Enforcement, except for 1% that will be allocated annually to the local government in which the entity is located, and is expected to be used for drug prevention and treatment.  Given that New Jersey’s legal weed industry is expected to generate $300+ million sales, it drives the question as to why the Division of Marijuana Enforcement needs to keep all that tax revenue.

What Marijuana is Legal?

Under the proposed act, possessing, using, consuming, transferring, and transporting personal amounts of marijuana and marijuana paraphernalia will become legal in the state of NJ.

Personal amounts have been determined to be the following thresholds:

It is unknown what one is to do once their immature marijuana plant becomes mature, aka ready to be harvested for marijuana.

Additionally, past criminal cases involving marijuana use or possession may be waived and/or removed from criminal records.

Notable Clauses in the Marijuana Act

The source for this information is the act S2703 itself, which can be found in entirety here.

Any questions or comments?  Please leave your feedback below! 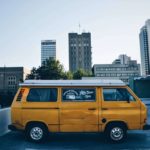 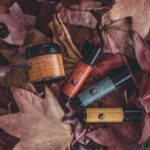 How CBD Benefits Athletes While Recovering
Go to mobile version
Welcome Back!