When states first began to legalize recreational marijuana, many questioned what would happen next. Would more states follow suit? Would this stick mainly on the west coast, in states with more liberal cities?

As a new decade is upon us, we can now see that the push for legalized recreational marijuana use has become quite popular around the country — not just in places like Colorado and Nevada. Illinois will begin selling recreational cannabis in parts of their state (those areas that were approved at both the state and local level). Many other states have begun the process to legalize medicinal marijuana in areas where there were once incredibly harsh laws for marijuana users.

But states throughout the country aren’t the only ones making the leap to push for legalization. Now, it appears that Native American tribes around America are deciding whether or not they will legalize marijuana in their land. And it appears that this may end up happening soon.

Native American tribes around the country have realized that establishing their own marijuana businesses in their land could bring in money. For the past few years, many tribes have sought to do exactly this; the Saint Regis Mohawk tribe in New York is just the latest.

However, while tribes seek to legalize (medicinal and recreational) cannabis, they still seem to have some difficulties along the way. While the Obama administration signed a memo in 2014 stating that the federal government cannot intrude in sales of marijuana on Native American land, Attorney General Jeff Sessions rescinded this memo in 2018. Marijuana businesses (those that were running and those that hadn’t even opened for business yet) were shut down by the cops.

But even Native American land located in states that have legalized recreational marijuana are having issues implementing their own legalization. California is only one example; tribe leaders are accusing the Golden State of locking them out of the marijuana industry. However, the push for recreational marijuana legalization among Native American tribes has only grown, even amongst the difficulties with the federal government (and state governments).

Native American tribes aren’t the only communities that are pushing for the legalization of cannabis. Midwestern cities that tend to be more politically conservative are petitioning to let the people decide whether they should legalize recreational adult use of marijuana.

Oklahoma falls into this category. Already, Oklahoma residents have decided to legalize medicinal marijuana. Now, two Oklahomans have filed to have the people vote on whether or not recreational use should be legal. If they manage to get enough residents to sign their petition, this question will put on the ballot for people to vote on.

Missouri, also another politically conservative state, has already legalized medicinal use. Illinois, while obviously more liberally leaning because of Chicago, has legalized recreational use.

However, while Midwestern cities are beginning to grow more comfortable with marijuana use, the South remains untouched. This may or may not change. As we’ve seen since Colorado legalized cannabis, many states have followed suit and decided to legalize as well. Whether the Deep South decides to jump in remains to be seen.

Legalization appears to not be some isolated event, nor is it relegated to just west coast or more liberal states. Of course, legalization hasn’t hit the “Bible belt” or the Deep South just yet, either. Regardless, it’s important to recognize these areas of America that want legalization, especially when discussing Native American tribes, who may continue to face unwanted legal pressure on the federal and state level.

How Will the Industry Change?

Eleven states have now legalized the recreational use of marijuana. Thirty-three states have legalized medicinal marijuana. Legalization is continuing to grow quite fast. Therefore, it’s understandable to question how the cannabis industry will change. After all, the industry has changed so much in the last year or two alone.

Of course, because of the different laws in each legalized state, the industry changes each time a new state legalizes the recreational use of cannabis. If more and more states continue to follow this path, the industry will only grow. If Native American tribes are successfully able to enter the industry and start their own marijuana businesses without fear from the federal government, this will also help the cannabis industry change and grow.

Overall, it appears the push for legalized marijuana isn’t slowing down anytime soon. As this progress continues, it’s important to recognize areas of America that aren’t discussed enough when talking about legalization. Native American tribal land and the politically conservative Midwest are both taking huge leaps in legalization, and this should be noted.

The push for legal medicinal marijuana use in the United States has also grown exponentially in the last few years. With states like Oklahoma and Missouri legalizing medicinal marijuana, residents of these states have already put a petition in to legalize recreational cannabis.

As more states push for legalization, the legal cannabis industry will more than likely continue to change and grow. As the industry evolves and recreational marijuana becomes legal in more areas of America, it will be interesting to see what becomes of the massive industry.

For more news on recreational cannabis laws, head back to MaryJane’s Post daily. 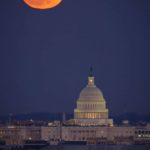 Cannabis Legalization in 2020: Where Marijuana Is Legal, and Where It May Become Legal Next
Next Article 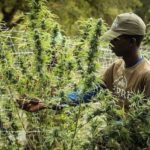 A Small African Kingdom Wants to go Global with its cannabis
Go to mobile version
Welcome Back!