Durban’s craft brewery, Poison City Brewing, has wasted no time in launching the first cannabis-infused beer Durban Poison Cannabis Lager in South Africa. This was shortly after the landmark ruling by the country’s Constitutional Court legalizing private growth and use of marijuana. The court ruled that the prohibition of cultivating, possessing, purchase and personal consumption of marijuana by an adult violated the right to privacy.

According to the company’s co-founder, Graeme Bird, the brewer is setting a precedent to other South African breweries by being the first to experiment with the new ingredient. He also notes that the hemp seeds allow them to deliver unique beer with a rich character and taste, something that other light beers sacrifice.

It won’t make you high

The Durban Poison lager and Poison Cannabis IPA (a limited edition beer from the same brewer) contain no THC which is the primary psychoactive cannabinoid in the cannabis plant.  According to the company’s co-founder, Andrew Schubert, even if the beer won’t make you high, it will still make you happy with its unique crisp flavor.

The beer is brewed with hemp oils and cannabis flavor instead of hops. The hemp and hops come from the same plant family, Cannabis. Therefore their oils, aroma, and flavor are almost similar. Andrew noted that they always wanted to produce a cannabis-infused beer as they had always known the link between hops and cannabis.

The beer is named after the Durban Poison marijuana strain which originated from the city of Durban. The strain is known not only for its sweet smell but also for its energetic and uplifting effects.

The country’s highest court ruling only authorized personal use of marijuana, and it’s unclear whether the trade and distribution of its products, such as the beer, are within the law. However, this hasn’t stopped the brewer from shipping the beer all over South Africa.  The court also gave the lawmakers 24 months to make amendments to the country’s cannabis laws.

The launching of the beer was timed perfectly and coincided with the constitutional court’s ruling and specifically positioned it for the broader South African mainstream drinking market.

According to Bird, the demand for the beer exceeded their capacity overwhelmingly. The company has since partnered with Africa’s leading wines and spirit producer Distell Group to market and distribute their cannabis-infused beer. The partnership will allow Poison City Brewing to meet its demand and reach new markets.

The company also received funding and backing from various top Durban based investors including Spar Group CEO Graham O’Connor, Grindrod Bank LTD, and RCL Foods CEO Miles Dally. The company also plans to tap into the cannabis drinks market in Canada through its own joint venture.

More Cannabis-Infused Drinks on The Rise

The non-smoking uses of marijuana are rising globally with the legalization efforts around the world. Other beer companies are also looking to tap into this market. Heineken launched its new beer Hi-Fi Hops that is made with marijuana instead of alcohol.

Coca-Cola is also reportedly in talks with Canadian marijuana producer, Aurora Cannabis for a deal that would see the beverage giant enter the cannabis-infused beverages market. 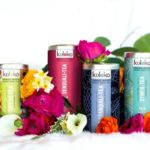 High Tea with Kikoko
Next Article 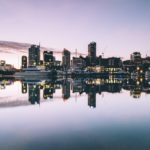