A recent study published in Lancet Psychiatry analyzed almost 40 years’ worth of cannabis research on the effects THC and CBD have on mental disorders. Scientists examined 83 research studies that investigated mental health conditions, including depression, anxiety, Tourette syndrome, and post-traumatic stress disorder (PTSD). However, most of the studies looked at depression (42 studies) and anxiety (31 studies).

Based on their analysis, the researchers concluded that some evidence suggests that THC with or without CBD can reduce anxiety. But, overall, the researchers stated that there is “scarce evidence to suggest that cannabinoids improve” the mental disorders that they examined. The researchers even found that THC actually increases the risk of adverse side effects.

It’s no surprise that these findings attracted tons of media attention, with headlines such as There’s No Evidence That Medical Weed Eases Anxiety: Study and Cannabis is not an effective treatment for mental health conditions, conclude experts. In a lot of ways, the conclusions that the researchers came to are right, based on the data available.

If someone has anxiety, it doesn’t make sense to take THC isolate. In fact, the cannabinoid, when taken by itself, might actually make the individual more anxious. At the very least, the person should use both THC and CBD because CBD helps mediate and round out the effects of THC on CB1 and CB2 receptors. So, in that case, the researchers are right.

However, what the results in the study really highlight is the dire need for researchers to present better interpretations of the effectiveness of cannabis, particularly on mental health.

One of the biggest obstacles to responsible reporting of cannabis research is confusing language. For example, while the aforementioned study does focus on THC and CBD isolates, it still claims that little evidence proves that cannabinoids are effective in treating specific mental disorders. But in a study that only examined THC and CBD when there are over 200 terpenes and more than 100 identified cannabinoids, using catch-all phrases like cannabinoids can signal to media outlets and consumers that every cannabinoid is ineffective in treating a specific condition, not THC and CBD alone.

When results are reported in scientific journals, cannabis researchers often lump different dosages and blends together. But if researchers find that THC and CBD isolates or specific dosages are not effective in treating mental health conditions, it’s inaccurate to extrapolate that to make conclusions about cannabinoids in general or the effectiveness of cannabis as a plant-based medicine. The irresponsible use of language leads to the spread of misinformation (and a subsequent lack of research funding) and also makes it easy for people to assume that cannabis is useless when, in fact, only two of 113 cannabinoids were studied.

Like a lot of cannabis research, the most recent study also fails to explain how other cannabinoids blend with THC and CBD to create a synergistic effect. Many of the studies analyzed by the researchers looked at CBD and THC as well as CBD and THC blends. Studying these two cannabinoids makes sense because the FDA allows cannabis researchers to conduct clinical studies on these two isolates. It’s understandable that the scientists had to work within a specific landscape.

However, THC and CBD only represent a small aspect of the therapeutic properties in the cannabis plant, which contains at least 545 constituents. While the researchers could not review all of these cannabinoids, terpenes, and flavonoids (let alone their near-infinite number of combinations), the study should have mentioned that THC and CBD could have performed differently in the presence of other cannabinoids or terpenes. This idea is not a new theory. It’s known as the entourage effect, which suggests that a blend of phytonutrients generate a more potent effect than the sum of their parts.

Think of a salad. If you take away the dressing, nuts, and protein, you only have the spinach left, leading to a less nutritious meal that won’t accomplish your health goals. The same principle applies to cannabis-based medicine.

Consider a study published in 2018 that addressed this issue by trying to determine whether THC isolate or a cannabis drug preparation would be more effective in killing breast cancer cells. The researchers found that the cannabis drug preparation, which contained the range of cannabinoids and terpenes found naturally occurring in the harvested plant, was more effective than THC isolate in causing cellular apoptosis, a fancy way of saying that the cancer cells started to kill themselves. This finding demonstrates the importance of acknowledging multi-drug cannabis preparations when researching complex and heterogeneous diseases and even mental health conditions.

How to accurately present and interpret cannabis research

While the study in Lancet Psychiatry does a lot of things right, it is still a great example of faulty interpretations and presentations of cannabis research. To truly interpret the effects of cannabis and present reliable findings, a few steps need to be taken.

As cannabis becomes more popular, researchers will need to conduct more studies, and it’s essential to do so. But to decrease the lack of misinformation and confusion, cannabis researchers must ensure they use the right language when they’re interpreting their results. Otherwise, headlines and conversation will continue to downplay cannabis’ potential therapeutic effects when scientists haven’t conducted enough research on the entire plant.

Get High, Read the Torah, and Listen to the ‘Sufficiently Chai’ Podcast
Next Article 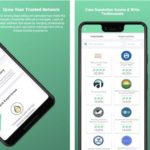