Cannabinoids…sound familiar? This term has been thrown around when referring to the legalization of cannabis, especially cannabis health.   It is most often used when referring to groups of chemicals found in the cannabis plant, one of which is THC, the psychedelic compound, and another is CBD, a non-psychedelic compound that has been rapidly increasing in popularity for its anti-inflammatory and anxiety treatment properties.

The Endocannabinoid System is a retroactive molecular communication system in the human body that helps regulate feeling and movement. “Retroactive” refers to the direction of movement, which in this case is backward! Endocannabinoids are tools used by the

The two most prevalent types of endocannabinoids are anandamide and 2-AG. They are

How the Endocannabinoid System works in Your Body

You contract the flu. Your body produces white blood cellsto fight off the sickness. These

white blood cells stimulate inflammation, via increased blood flow to the infected area. With the flu, a sore throat and runny nose are symptoms of inflammation. Simultaneously, your

Another example. You are anxious. Neurons in your brain are firing rapidly causing an

overload of information. The Endocannabinoid System creates cannabinoids that are sent

backward to the rapidly firing cells to suppress their activity. Soon, you are able to relax and

Why is this Important?

As alluded to earlier, the human body is in a constant state of homeostasis. It works hard to maintain an equilibrium so you can operate as a functional person in society. When you need energy, your body sends chemicals to alert your brain that you are hungry. When you are in an unsafe environment, your body fires chemicals to create a hypersensitive state. And when you are wounded, your body creates chemicals to mitigate pain and heal. Cannabinoids are essential for the healthy completion of these actions. They allow the body to return to a normal state after the threat, hunger, or another stimulus has passed.  They affect the system, not just the symptom.

Please leave comments below with questions. In the next article, we will discuss the cannabinoids found in the cannabis plant and how they affect the human body. 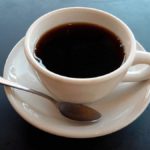 The Cannabinoids Part 2: Canna-What?
Go to mobile version
Welcome Back!