Cannabidiol (CBD) is one of over a hundred chemical compounds found in the cannabis plant, collectively known as cannabinoids. Cannabinoids are defined based on their role in and ability to impact the endocannabinoid system, a complex system of cells and chemical messengers responsible for everything from regulating cognitive processes, pain-sensation and mood to maintaining homeostasis and regulating stress.

Contents
How does CBD interact with CB1 and CB2 receptors?How CBD combats conditions such as ArthritisHow does the body absorb CBD?What is bioavailability of CBD?Choosing the right CBD form factor

While the actual picture is relatively complex, it is not misleading to imagine cannabinoids as keys. Neurons—cells that make up the central nervous system—have a membrane that separates their insides from the outside much like how your skin keeps your muscles, bones, and organs inside.

Since the endocannabinoid system is so expansive and responsible for so many different internal bodily and cognitive functions, altering the system—by using CBD, for example—can have equally pervasive effects and is the reason why cannabinoids have wide-spanning medical benefits and recreational impacts.

How does CBD interact with CB1 and CB2 receptors?

CBD has been lauded for its ability to deliver medical effectiveness without getting the user “high”. As such, CBD has been categorized as non-psychoactive. It is worthwhile to note that CBD may indeed be a psychotropic — a drug that affects a person’s mental state — given its marked ability to act as an anxiolytic. Nonetheless, this particular cannabinoid is not inebriating, much unlike its famous counterpart THC. Understanding how CBD works without getting you high requires a slightly deeper understanding of the endocannabinoid system.

Both THC and CBD interact with both CB1 and CB2 receptors. THC works very much like the cannabinoid key discussed earlier. CBD is slightly different; instead of acting like a key to open the locks on the cannabinoid receptor doors, CBD changes the shape of the lock itself which subsequently changes the way that the THC key interacts with that lock.

Simply put, CBD modifies CB1 and CB2 receptors and “antagonizes” them, which means that when CBD is around, cannabinoids like anandamide and THC are not as potent. In this way, CBD can be thought of as a moderator of the endocannabinoid system as it is able to tone down the system in its response to THC and other states of consciousness like anxiety and hunger.

How CBD combats conditions such as Arthritis

Given CB2’s role in affecting inflammation, it’s simple to see why CBD has been so useful in combating conditions that are marked by an overactive immune system like Arthritis, for example. The cannabinoid essentially throttles the inflammatory response that is triggered via the endocannabinoid system. The same logic applies to CBD’s impact on CB1 receptors. It potentially mitigating an overactive set of CB1 receptors and curbing high-energy cognitive states like anxiety.

It should now make a bit of sense why CBD does not get you high, but THC does; THC triggers a response, whereas CBD mitigates it. But, does CBD give you a body high? Technically, yes since “high” is a relative term. Much in the same way that a massage feels good for individuals who need relief from muscle tension, if you have arthritis, an overactive immune system, or muscle pain following weightlifting, CBD can make you feel “high” in the sense that it alters your current state and helps you transition to a more elevated state of relief.

How does the body absorb CBD?

Once in your bloodstream, CBD can do its job with relative ease. There are endocannabinoid receptors all over the body and mind, so it can quickly get to its work by modifying those CB1 and CB2 receptors mentioned in the previous section. Getting CBD into your bloodstream efficiently is another story, though.

What is bioavailability of CBD?

Bioavailability of CBD is the proportion of CBD that is ingested and actually able to have an effect on your endocannabinoid system. If consumers are concerned with how to increase the absorption of CBD oil, their focus should take one main form: maximizing bioavailability.

Edibles include anything that is swallowed. This includes CBD cookies, crackers, coffee, and CBD Oil. After the CBD is swallowed, it is absorbed by the digestive system before entering the liver. The liver helps to metabolize many drugs, sometimes to such an extent that only a small amount of the drug makes it into the bloodstream. Given that, first pass metabolism significantly reduces the bioavailability of CBD.

This process of first-pass-metabolism also elongates the activation time of CBD; the process of moving the edible through the digestive system before the liver allows it into the bloodstream is a lengthy process and the reason why edibles always take so long to “hit.”  This is also the answer to why many people ask, “Why does CBD oil cause decreased drug absorption?” It’s simple. CBD oil has to go through first-pass-metabolism.

CBD edibles and sublingual tinctures are two products that have skyrocketed in popularity alongside the rise of CBD itself. Making a decision on whether to consume CBD sublingual vs. edibles is an important one that impacts dosage, side-effects, and drug interactions.

But as a steadfast rule, CBD consumers looking to maximize bioavailability should look towards form factors that bypass first-pass-metabolism. For this and other reasons, Epidiolex, the first CBD-based drug approved by the FDA for seizures, comes as a sublingual drop.

Be sure to keep in mind that, when reading the label of a CBD product, the total milligrams of CBD in the product is not always what will be made bioavailable, especially if that product is an edible. This is not to say that there is anything wrong with edibles—they provide a discrete, easily dosed, and long-lasting consumption option. However, if you’re looking for the quickest and most bioavailable CBD, you should look towards CBD vapes and sublingual tinctures in that order. 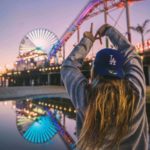 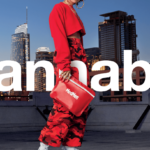