As a relatively new industry in the US that isn’t legal recreationally in every state, the cannabis industry is still growing in various ways. Changes and new products are appearing consistently, with CBD products being the latest breakout commodity.

Now, as more and more people are seeking to focus on more environmentally friendly products amid climate change, the cannabis industry may have a new change on their hands. For the most part, the cannabis industry isn’t “green” and clean (though there are companies to be found that do practice eco-friendly marijuana production). The industry as a whole still has a long way to go to truly make an impact with these eco-friendly products.

With more customers (especially in hotspots like Southern California) willing to buy clean cannabis, will the industry as a whole take notice?

At the moment, it is presumed that the cannabis industry will increase its total electricity consumption by about 162 percent by next year. Already, this number will likely again increase, as many states have decided to legalize recreational marijuana. More legalized states result in more electricity consumption. Plus, as more states decide whether or not to legalize recreational or medicinal marijuana, this number is likely to go up even more.

For the most part, many cannabis companies haven’t considered changing their method of production to a more environmentally friendly technique. Of course, this doesn’t mean that they won’t. But at the moment, there has been no massive movement within the industry to truly make production methods more “green”.

Nowhere does this message hit closer to home than in California. The sunshine state has, at least for the last decade, been known as a place where residents are more likely to focus on environmentally friendly alternatives. In fact, WalletHub conducted a survey where they found that California was ranked seventh in its “Most Environmentally Friendly States” list. Nevada was ranked 15th, while Colorado stood at 21st.

As California is one state in the US that has legalized the recreational use of marijuana, it’s important to look at how trends in the cannabis industry will change there. The cannabis industry has had a steady boom in the state — but will this all change as consumers potentially push for more environmentally friendly cannabis production?

After all, if there’s going to be a cannabis brand that goes all-in on the “green” cannabis bandwagon, that brand may be a Cali-based one. Other industries in California have already realized that there is space to grow in an environmentally friendly niche, so why wouldn’t California based cannabis brands?

Already, one can see the businesses and brands popping up to fill this specific niche in the cannabis industry. And it appears that businesses in California maybe some of the first to truly join this movement.

Canivate has announced a new way to cultivate clean and pure cannabis that focuses heavily on using modern technology to reduce electricity, water, and energy used during cultivation. Canivate has also focused on reducing the use of toxins (to deal with pests), helping to focus on a clean product.

But Canivate (whose first campus will be located in Southern California) isn’t the only cannabis brand seeking to create more environmentally friendly aspects of their product. L’Eagle, located in Denver, has been creating clean cannabis for a few years now. They also focus on reusable content and recyclable packaging.

Few marijuana companies like L’Eagle have been around for some years now. However, the impact “green” companies have on the cannabis industry as a whole is still relatively small. With consistently environmentally friendly Southern California now creating many new marijuana brands, and with companies located in different states around the country, clean and green cannabis production methods could create a bigger impact.

Will “Green” Cannabis Sell Throughout the Country?

While the focus on “green” products has risen throughout the past decade across a variety of industries, this focus is still quite new in the cannabis industry. While environmentally friendly marijuana, created and produced without toxins, may sell well in places like Los Angeles, this doesn’t mean that it will sell well across the country in other legalized states.

This may signal that green and clean cannabis will sell throughout the country well, just as it may in places like Southern California. However, this is only if environmentally friendly cannabis becomes a movement or business trend in the marijuana industry. At the moment, this movement is only just beginning.

Therefore, it may be too early to truly understand if eco-friendly cannabis will be a new trend in the industry. After all, the industry is still growing and changing with each state’s laws. As more and more states potentially legalize recreational or medicinal marijuana, there could be more companies that are able to create environmentally friendly marijuana across the country.

For more news on the marijuana industry, check back with MaryJane’s Post daily. 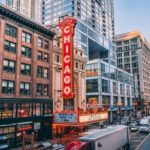 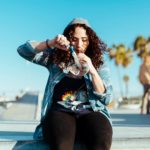 Invincibowl enriching the world with purpose-driven creation.
Go to mobile version
Welcome Back!