If I were to ask you, ‘What is the most annoying aspect of being a pot smoker?”, you would probably have few complaints. There is one thing I think we can all agree on, there will always be that ‘one guy’ who will break the glass bowl at the most unfortunate moment. We have all been there, you just finished packing that sweet flower into your bong. You flick that cheap bic lighter you got at the gas station and inhale until your lungs are full.

That sweet exhale precedes the customary passing of the bowl. But wait! Your pal is not paying attention. Lost in thought the bowl slips — cue stoner existential dread. Now, if you are more diverse about your smoking apparel, you would switch it up. But what if you could avoid that early shattered piece from the beginning? That is what Jeff Houkal and his team were thinking of when they came up with the Invincibowl.

Inside look on the creation of Invincibowl

Jeff is a Hollywood based entrepreneur that has made his presence felt across many different platforms. With a background in mechanical engineering, he founded Xymetric LLC: a company on a mission to create meaningful and innovative products for a changing world.

Before starting his Xymetric, Jeff worked as a mechanical engineer for prestigious research facilities within Arizona State University, as well as the bio-tech company Micronics Inc. When Jeff and his team reached out to me to demo the piece, I immediately jumped at the opportunity.

Sundown was my favorite color. I had to admit this piece arrived at just the right time. We had a snowstorm in New Jersey in December. The Invincibowl immediately demonstrated its value. I decided to keep it old school and try it out in a homemade apple pipe. Any fruit-loving smoker will love this twist on a classic.

The bonus of the Invincibowl is you do not lose any herb to the moisture in the apple. Top it off with a replaceable mesh screen and your good to go. Later in the day, I decided to make use of some of the freshly fallen snow. It was cold enough to pack the snow into a snowball pipe. With a bit of inventiveness and ingenuity, there are countless options for how the Invincibowl can make your smoke sesh worry-free.

A true moment of inspiration, Jeff had witnessed the problems his wife was having with glass bowls. After a thorough search for non-glass products, Jeff was disappointed by the limited options. With his mechanical engineering background, it was a seamless transition from the idea of a better bowl to a model.

After testing the model virtually and in person, Jeff settled with a final design. The combination of life experience and his engineering background lend itself to the design of the piece. Aesthetically, it just looks cool. The design is straightforward but pragmatic, even coming with a silicone grip guard to maintain heat but avoid burning the person.

To create a cannabis start-up is no easy feat. Jeff did not just dive into the business. After finalizing the product material and price point, he began working with a marketing company to help him advertise. Jeff was no slouch when it came to sharing the Invincibowl’s inventiveness.

“I would go to retail stores in LA to discuss the product and the potential for sales in person,” Jeff shared. He continued, “Social media is your best friend when it comes to cannabis advertising.” It was his hustle both in person and digitally that led to positive feedback early on, which continued to motivate him.

Jeff formed an LLC and has been steadily working with his team to grow the Invincibowl brand. The future looks bright as they venture into a new 18mm series, a novel dabbing nail and much more. There are valuable lessons to be learned from cannabis entrepreneurs such as Jeff. From his inventiveness to his dedication, ones journey is going to have many obstacles.

Through perseverance, we can come up with something great and if not great, then incredibly useful. From the comfort of your living room to the the harshest of winter snows, the Invincibowl is there for you. Next on the docket for Jeff and his team will be to continue his entrepreneurial endeavors.

Jeff is also passionate about film and television and his entertainment career has grown exponentially in Hollywood with a steady track record of writing, producing and acting. Though his entrepreneurial approach spans wide, Jeff’s purpose is simple. Enrich the world around him with meaningful and purpose-driven creation.

Vape Pen Guide: How Long Does it Take to Charge a Vape Battery? 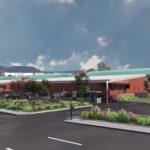 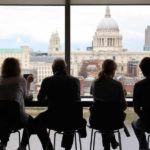 What to know about Cannabis Trade Associations
Go to mobile version
Welcome Back!