The Democrats have proposed yet another coronavirus relief bill but this time they included measures that grant state-legal marijuana companies access to financial services. As was expected, this provision has received ridicule from the right but gratified those that belonged to the marijuana industry.

The cannabis-related provisions that appear from pages 1,066 to 1,091 in the vast 1,815 pages of legislation, have mirrored the SAFE Banking Act (Secure and Fair Enforcement Banking). This Act was introduced by the White House followed by bipartisan support and it consisted of provisions for both CBD and hemp manufacturers. Still, both these industries seem to be operating over unsteady legal grounds to this day.

However, the provisions in this recent bill are going to allow banks and financial institutions to provide services to state-legal marijuana companies or companies that provide services to these companies, without fearing a possible federal retaliation. This comes as a huge relief for businesses because a federal backlash has been the only credible threat that has forced these organizations to operate mostly on cash since they were legalized.

This move has been supported by Republican Ed Perlmutter, who happens to be among the biggest supporters of the SAFE Banking Act. In one of his recent tweets he mentions how cannabis organizations and their employees require government relief just like every other legitimate company in the business atmosphere.

Tom Gavin, the CEO of Cannatrac, which is an initiative that provides financial services to state-legal cannabis companies, also had similar comments about the recent coronavirus relief bill. He said that this bill was a massive step forward for the marijuana industry and has opened a financial gateway for many companies.

Controversy over the assistance

On the flipside, Republicans have been criticizing this move by calling it an example of the wish-list of liberal and radical policies which don’t actually help the current economic side effects of the pandemic.

Republican Kevin Brady, for instance, pointed out that the word ‘cannabis’ appeared more in this relief bill than the word ‘job’. While ‘cannabis’ appears 68 times as opposed to the 52 times ‘jobs’ was mentioned, it doesn’t refute the fact that the Democrats ARE trying to look out for jobs in a particular industry.

People who support the cannabis industry have deemed these companies ‘essential’ alongside liquor stores and other similar businesses. Additionally, Stuart Titius, the CEO of Medical Marijuana Inc. said that the provisions in this bill were ‘encouraging’ alongside the fact that people were finally designating cannabis-sellers as an ‘essential service’.

There is no doubt about the fact that state-legal cannabis companies are a great source of financial stability and economic growth for hundreds of thousands of workers and their families. Therefore, the COVID-19 crisis is no time for people to bicker on about the deficiencies of federal policy. Instead, it is a time for the government to realize the reality of problems that are being faced by millions of Americans on a daily basis. 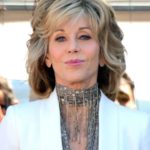