Cannabidiol, or CBD, has probably been getting more attention lately than any other cannabis product. You’ve likely seen it in stores or online. You might have heard a lot of claims about its health benefits. But is it right for you?

That depends on why you’re thinking of taking it. There’s evidence that it may help a lot of things, but there are five particular benefits that are best supported by science.

Inflammation is behind a lot of different ailments. Migraine, arthritis, diarrhea, infections, tendonitis, allergies – all of them involve your immune system reacting (and sometimes overreacting) to a perceived threat.

CBD works with the endocannabinoid system, which helps regulate your immune system, among other things. So it can modulate your inflammatory response to injury or illness, potentially easing discomfort.

You can use oral, inhaled, or topical CBD preparations depending on what kind of inflammation you have. Creams and sprays can go directly on a sore spot; some products include other pain relievers for extra help. An internal variety or a bath bomb can provide all-over relief.

The endocannabinoid system also helps to regulate mood, particularly anxiety and relaxation, which is why marijuana makes you mellow. CBD isn’t the only component that does that, but it is a way to do it without getting high.

Experiments have successfully used CBD to calm people in stressful situations, namely public speaking. Many people also find that it helps them sleep, though it usually does not sedate people directly. Its relaxing qualities that no doubt help.

Some CBD products blend in natural relaxers like melatonin, valerian, hops or chamomile. These are usually on the market as sleep aids.

After decades of research, CBD finally proved its worth to the FDA last year as a treatment for some of the worst forms of epilepsy. Among children with Dravet and Lennox-Gastaut syndrome, CBD cut the frequency of seizures by 17 percent to 23 percent.

Those young patients generally use CBD as an add-on to other medications, but it does show the compound’s power against epilepsy. For those with milder forms, it can be a natural supplement to their disease-management program.

Counteracting Side Effects of Pot

If you’re at this site, then you’re probably a marijuana fan, but you may not want all the effects all of the time. If you’re using it for a medical purpose, you may not want the intoxication, and even if you do, there can be unpleasant side effects like anxiety, paranoia, and even psychotic symptoms.

CBD itself is not intoxicating, but its effect on cannabis intoxication seems to depend on the dose. According to one study, a low dose of only a few milligrams can actually enhance the high, but a dose of 400mg dampens it.

As I noted earlier, CBD seems to help calm anxiety, but it also might work against psychosis, especially psychosis in cannabis users. I hate to break it to you, but regular pot smokers are more likely to have psychotic episodes than non-users, though whether the pot actually causes these events is still unclear.

CBD doesn’t just calm your mind; it also relaxes your veins. This effect, in turn, can lower blood pressure, which is a good thing if it tends to be high, and high blood pressure strongly links to heart disease and stroke.

This vein-expanding power also improves circulation, which can help several conditions. A good blood supply to an injury helps to heal it, and blood circulation in the brain helps to keep it functioning. The brain organ of people with some forms of dementia, like Alzheimer’s disease, suffer from reduced blood flow, which can make their symptoms worse.

CBD has an excellent safety profile and few side effects, but it may reduce the impact of other drugs you’re on. It’s a good idea to consult your doctor to see if there’s any reason this might happen.

Doctors are also getting more personal experience with CBD these days as their patients take it, so your physician might have some practical advice.

Buy your CBD products from a reputable provider and be sure to check the ingredient list. There’s no set dosage for any condition except the prescription epilepsy drug I mentioned earlier, so you’ll have to experiment.

Try starting at a low daily dose, and see how you respond. The CBD builds up in the system so it may take two or three weeks to feel the full effects. If you need to, you can gradually increase the dose until you get the results you want.

COMPLETE GUIDE ON HOW AND WHERE TO BUY BULK WHOLESALE CBD

How to create serenity in a bathroom; CBD Tea Bath 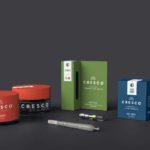 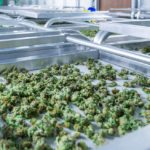