We all love trying out new things. Doing so gives us some level of satisfaction that comes with answering questions we are curious about. Nothing gives cannabis users more satisfaction than reaching new levels of high they have never reached before.

Many cannabis enthusiasts will definitely want to experience such a feeling. People try out different things or different methods every day to enhance their high. In fact, some people do some extreme experiments in search of a newfound feeling.

To such people, nothing makes them feel so alive than putting their head in the mouth of a tiger, until the moment it snaps its jaws shut. Well, have you ever heard about mangoes and their effects on weed? Have you experimented the theory?

If so, then you know that the experiment is totally safe and healthy. If you haven’t tried consuming both, then you should consider doing so. The results are impeccable.

Eat a Mango Prior to Smoking

Now, don’t get me wrong and have all sorts of weird ideas cook up in your head. Consuming a mango before smoking or taking weed edibles will not have you going batshit crazy. You will not behave like a chipmunk on helium. No, that’s not it.

Consuming a mango a few hours before getting high will give you a relaxed feeling of infinite relaxation. A peaceful feeling that will make you question where you have been all your life before discovering this simple trick.

How exactly does it work

What goes in our systems before the magical feeling kicks in? Sit back, spark up and relax as I take you through the mystical process of enhancing your cannabis high. Mangoes and Myrcene.

As you well know, there are numerous ways of improving marijuana high. The most common methods are taking a tolerance break and switching strains. However, the quickest and easiest way of elevating the high of your stash starts when you visit your local market to purchase some mangoes.

Mangoes are rich in myrcene terpenes, a strong odor hydrocarbon essential for their survival which keeps pests and predators away. Thanks to this compound, mangoes not only increase the level of high one experiences, but they also reduce onset time significantly.

Before we delve into the details of how mangoes elevate your high, let’s first take a deeper look at myrcene, a compound present in both the fruit and cannabis.

An overview of Myrcene. Myrcene is found in most plants including mangoes and cannabis. They emit a musky herbal aroma that is somewhat citrusy which can be smelled from a distance. Myrcene acts as a muscle relaxant, an anti-inflammatory sedative, and a pain reliever.

Its therapeutic potential is specifically used in cancer treatment. They work with THC, CBD, and other cannabinoids to create a union of compounds that achieve better results when they work as a group rather than when they are isolated. This is what is commonly known as the entourage effect.

How does eating a mango before smoking spike your high? As earlier stated, mangoes contain myrcene which is also found in cannabis, bay leaves, thyme, basil, and hops. Being a terpene, myrcene plays a big role in how users experience marijuana.

Other than exerting their own effects which are beneficial to our health, they also impact how THC binds to receptors (cannabinoid receptors.) A mango also contains other types of terpenes that interact with marijuana.

Studies conducted on myrcene found that the compound improves the cell membranes’ ability to absorb certain chemicals in the body. After eating a mango, terpenes are absorbed into your bloodstream and they eventually end up in your brain.

Before they wind up in the brain, they act as a catalyst by assisting the absorption of cannabinoids into the bloodstream by binding to endocannabinoid system receptors.

This is how analgesic responses are quickly achieved by patients who consume marijuana as a pain reliever. It also shows how one gets high faster, with longer lasting effects compared to when they just smoke or consume edibles alone.

This method not only helps people get high faster, but it has also helped those who have trouble sleeping go to slumberland faster.

The Science Behind It

What is the Science behind the relation of consuming mangoes before consuming cannabis? A lot of research has not been put into proving this theory. The entourage effect and the effects of terpenes are still mysterious to scientists.

There is a possibility that some effects of myrcene are yet to be discovered. It is also likely that other compounds found in mangoes contribute to the effect. Although mangoes’ myrcene has an effect on cannabis high, we can still debate how strong its effects are.

All in all, as stated at the beginning of the article, mangoes are healthy fruits and you do not expose yourself to any danger when you consume mangoes before smoking pot. There is no harm in trying it out.

Using mangoes to increase your high

When you want to experience the higher’ feeling when smoking a joint or after consuming weed edibles, it is advisable that you consume a mango (or mangoes, for that matter, to increase your chances of enhancing you’re high) 1-2 hours before starting your 4/20 session.

The reason for consuming the mangoes a few hours before getting lit is to allow digestion to take place. Mangoes are not only packed with vitamins essential for protection against diseases, but they are also essential for controlling high cholesterol levels as well as cleansing your skin.

If you are planning on eating a few mangoes to boost your high, it is crucial to know your metabolic rate. People with a slower metabolic rate will increase their chances of enhancing their high if they consume the mangoes 2-3 hours before consuming cannabis.

On the other hand, those with a faster metabolic rate can eat a mango an hour prior to cannabis consumption. You are good to go as long as myrcene terpenes are present in your system along with cannabinoids. Extra benefits of consuming cannabis with a mango.

Other than enhancing your high, mangoes also increase your bone density, improve your hair conditions, stabilize sugar/blood levels in people suffering from diabetes and improve your overall digestion.

Hosting a 420 Party? Here’s a Delicious Recipe for Cannabis Brownies! 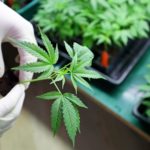 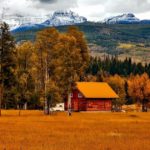 Colorado’s Push For Education Through Marijuana
Go to mobile version
Welcome Back!