Good news, New Zealand will hold a referendum on whether to legalize cannabis for recreational use at the general election in 2020. As of now a vote in favor of legalization would make New Zealand the first Asia Pacific country to allow its recreational use.

“We’ve long advocated for a binding referendum with legislation setting out a clear, evidence-based regulatory framework. That way, we avoid a Brexit-type situation figuring out what a ‘yes’ vote means after the fact, and cut grey moral panic from the debate,” Green Party MP Chloe Swarbrick said on Twitter.

A substantial number of MPs have admitted to past illegal drug use, and they now preside over law that criminalises people who do the same. I’m calling on all politicians to live up to their rhetoric and remove criminal sanctions for those who use drugs. @NZParliament #nzpol pic.twitter.com/8ZtFUSeTc6

File photo of a woman smoking marijuana. New Zealanders will vote on legalizing the drug in 2020. (CNN)New Zealand may become the first Asia-Pacific country — and only the third worldwide — to legalize marijuana . A binding referendum on legalization will be held alongside the next general election […] 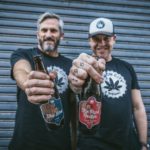 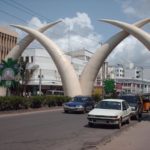 Marijuana Legalization Efforts in Kenya Reignited After Support from a Legislator
Go to mobile version
Welcome Back!