Today, Tick Segerblom serves as the Clark County Commissioner. Segerblom is a key ally to the cannabis community with a sincere heart and a desire to see a bright future for cannabis. Segerblom shared his thoughts with me on the pressing issues facing Nevada’s cannabis community. The first important issue is licensing. With 60 licenses available, Segerblom says, “The resolution of those 60 licenses is pretty important.” Who gets those licenses have yet to be determined. Unfortunately, Segerblom states, “we’re in limbo.” We must wait to see how some legal issues are resolved. Segerblom explains, “The licenses, that’s more of an administrative decision.

The local jurisdiction just has to decide.” Clark County Commissioner, Tick Segerblom stated, “Clark County, where I am now, the 10 licenses will work here. The previous commissioners voted for a moratorium until July. Nothing’s going to happen on those until July.” Segerblom wants people to understand, “Each jurisdiction is different.” Segerblom states, “it’s economics.” He explains, “We just have to wait and see who has the political power.” The licenses are just one issue.

When Can We Expect To See Cannabis Lounges?

When questioned on how soon can we expect cannabis lounges? Segerblom explained, “I think 2020 for sure. It’s really more of a question ‘what you’re allowed to do in the lounge’; there’s a lot of resistance to alcohol.” The main question is “does it have to be tied to the dispensary?” The question regarding proximity is important. It’s the main question about the proposed new cannabis lounges and the rules that will govern them, that every interested party needs answered. Segerblom states, “We know it works. It’s just a matter of how Nevada wants to regulate it.” Segerblom says, “From my perspective, the less regulation the better. Let capitalism work.” Segerblom explains, “I just think the lounges are so essential to Nevada because we have such huge tourism industry. 40 million people come to Las Vegas. Those people need somewhere to use [cannabis].

We’re trying to say buy it. But, of course, under the law, you can’t use it anywhere.” Segerblom states, “From my perspective, we want to have as much diversity in ownership as we can.” Segerblom believes it’s important to, “spread the wealth around. Let woman and minorities get involved. That would be great.” Segerblom explains, “Philosophically speaking, it seems to me that most of the dispensaries are located around the strip. I would like to see some dispensaries away from the strip so locals would have a place to purchase without driving so far.” While Las Vegas has created a tourism industry for cannabis, tourists are wondering where they can legally consume the cannabis they purchase because they can’t take it home with them across state lines or on airplanes.

Learn More About The Future Of Cannabis

Segerblom says, “If you’ve been to Planet 13 you can see the future.” When it comes to the future of cannabis in Las Vegas, Segerblom believes the future of cannabis will be in businesses similar to Planet 13. Segerblom explains, “Planet 13’s goal was to figure out the pot lounge issues. To have associated with it, a pot lounge, games, arcade, anything which could be used to generate money.” Segerblom understands the importance of our veterans. He’s been approached by veterans about the cannabis topic.

Segerblom states, “Veterans would like to have a cannabis lounge where they can sit and talk about PTSD and use marijuana.” Segerblom explains it doesn’t end with lounges. He says, “people are talking about doing marijuana massages, pilates, yoga, have health spas…all kinds of venues associated with cannabis and I think the more we can experiment with the better.” Segerblom believes it’s important to, “see what works and what doesn’t work” as it relates to cannabis businesses.

Getting the suburbs to open up to cannabis is a bit more challenging. “I think if you find the location that would fit the zoning ordinances, talk to the neighborhood, if you have to, take them to dispensaries and show them what it is. Once people are exposed to it and understand what it is, it actually improves the neighborhood.” Segerblom understands, “If you put it in a strip mall, it gets security from the strip mall.” Segerblom explains, “They’re really a positive force in most neighborhoods now.” 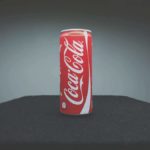 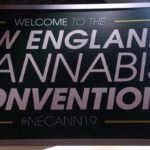