Getting to the New England Cannabis Conference (NECANN) in Boston was a journey in itself. Trying to get a Lyft or Uber downtown is likely but so is a 30-minute ride to get 4 blocks during rush hour. No more was the bustle of Boston more obvious than when NECANN came to town March 22-24. A conference like this is one of the most rewarding experiences any cannabis enthusiast could be a part of. It is history in the making. I had the benefit of attending this incredible three-day event. Doing so gave me the opportunity to meet expert growers, geneticists, terpene extractors and many more who see the cannabis industry as good business.

I was taken aback by the sheer options at the convention. I spent the first day going from booth to booth, rep-to-rep learning about the cannabis community. If you ever have the chance to attend an event like this, your goal should cover two main things: learn and network. I never thought I would pass out 100 business cards, but I found myself kicking myself by the end of the event for not preparing well enough.

NECANN exhibitors and attendees alike are looking to absorb as much information as they can. When you think about, how many cannabis education centers are there? There is no k-12 for cannabis smokers, so these conferences provide the opportunity for all kinds of people to learn from expert-led seminars while figuring out ways to navigate job prospects in the booming cannabis industry.

You have most likely heard of Cannabidiol or CBD by now. You have probably seen it in a joint, some edibles, or in tinctures at your local vape shop. What exactly is Cannabidiol? CBD is the second most common cannabinoid in the cannabis plant. While an essential oil of the plant, CBD is derived from hemp. CBD on its own will not cause you to get “high”.

CBD has been researched for aiding a variety of medical conditions. Most commonly it is prescribed for anxiety and people who struggle with insomnia. While research is still new into CBD’s usefulness for cancer and other serious issues like epilepsy, the signs are looking good. If you decide to take CBD, you should consult your doctor.

As an increasingly popular supplement, CBD edibles are the next wave of cannabis products. Edibles have a long history with cannabis users. The benefits provided by CBD, however, are as practical as they are medicinal. CBD edibles and products are not illegal and can be sold in retail stores. Unfortunately, there are states hopping on the CBD-ban lately at the expense of start-ups looking to provide healthy alternatives.

Long-lasting relief. Edibles have many benefits over smoking or vaping. While it may take some time to digest, the result is a powerful one. In an edible, the active compound combines with other foodstuffs causing the CBD to be released slowly over a longer period of time. Estimated effects have ranged from two to four hours longer than if smoked. Due to the long-lasting digestion CBD-edibles can provide prolonged relief from pain.

Non-Psychoactive. While CBD is a major compound in the cannabis plant, many are still surprised–much as I was– to find that it does not cause a “high”. Alternatively, CBD provides a mellow mood uplift with more of an alert positive sensation.

Less lung irritation. Vapor pens are one of the most popular intake methods currently available. Long-term implications of inhaling the hot oil have not been fully studied, but many oils do contain added thinning agents like propylene (PG) and polyethylene glycol (PEG). Some research suggests these additives may produce carcinogens that are toxic to the consumer.1 While some oil pens will avoid additives, CBD-edibles make for an excellent way to avoid toxic compounds.

NECANN-Boston provided an amazing learning opportunity. One of the coolest features was the scent wall provided by True Terpenes. The decked out about a quarter of a wall at their NECANN booth for attendees to sample some of the most common terpenes.  Have you ever wondered why it is that cannabis plants smell so vastly different?

It is their terpene profile. Terpenes are not strictly a cannabis chemical. They exist in all plant life and are responsible for the scents plant life gives off. They are produced in the trichome of the plant. In the context of the cannabis plant, some researchers believe terpenes and trichomes served as a natural defense against insects and parasites. True Terpenes had an amazing exhibit at NECANN. They had a terpene scent wall where attendees could sample the scents in their pure form.

A diverse plant like cannabis has a variety of biological aspects that can provide health benefits and terpenes are no exception. As of yet, researchers have identified over 100 different terpenes in the cannabis plant itself. While differences in terpenes between plants can be subtle, much progress has been made not only in identifying the terpenes of specific strains but also in educating the public on the health benefits of terpenes. To put it broadly, terpenes can be broken down into scents: sweet, spicy, sour, bitter, etc.

True Terpenes was not the only terpene booth at NECANN either. All through the Hynes Convention Center, NECANN attendees could find natural terpenes and strain scents. Within these categories, these scents can be broken down into more specific smells. These specific smells correlate with certain strains, which in turn correlate to the effects of the cannabis plant.  Here are some of the most commonly known terpenes. You may come to find out you are more familiar with these terpenes than you realize.

Easy enough to remember. Consider a lemon for example. Limonene is the terpene that gives off a lemony scent. Limonene exists in citrus-smelling cannabis such as Sour Diesel, Green Crack or Jack Herer. This terpene is also found in the rinds of another citrus such as limes and oranges.

For medicinal purposes, Limonene is known for its anti-fungal and antibacterial properties. For the cannabis plant, it serves as a natural insecticide. Use in aromatherapy has shown that Limonene is easily absorbed through inhalation. Not only that, Limonene can even improve the absorption of other terpenes while providing stress-release and mood-enhancing effects.

There are actually two types of Pinene: Alpha and Beta.

Alpha-Pinene is the most plentiful terpene in the plant kingdom. Medicinally, Pinene helps to increase mental focus and energy. Pinene has been used in aromatherapy as it has been shown to benefit those who suffer from asthma and breathing problems. Other properties currently being studied include antibacterial, antiproliferative, antioxidant, and its benefit for memory retention.

So why does Pinene have such an array of effect, particularly for humans? It is due to  the ease with which Pinene can cross the blood/brain barrier. Once there, Pinene alters neurotransmitters, even inhibiting THC to a degree. Those interested in the health benefits of cannabis but do not want the high. A study conducted in 2002 found that Alpha-Pinene opened the airways of the upper respiratory system. A study conducted in 2011 found that pinene had anti-microbial qualities making it capable of treating both viral and bacterial infections.

This terpene is one of the chemical compounds that gives black pepper its distinct scent. Potential medical benefits include: anti-inflammation, anti-cancer and has shown an ability to help curb cravings for alcohol.2

This terpene carries an array of odors. It is a crisp scent, which may be why it is used as an additive in soaps and perfumes. Like the other terpenes, Terpinolene appears in other plants including lilacs, nutmeg, and allspice. Inhaling this terpene has been shown to produce a night of sleep, sedative effect in mice.3

This terpene is the most abundant in the cannabis plant. It also appears in mangoes and hops. Why is it important? The presence of Myrcene determines if a strain is indica or sativa. According to research done by Steep Hill Labs, if a plant has more than .5% it will produce the effects common to indica strains.

Whether studied in isolation or holistically, there is one thing we know for sure: more research into terpenes is showing that there is no leader of the pack of terpenes. While they certainly do their own job, they also work incredibly well together.

NECANN was not just about the scents or edibles but about living organisms. One of the more plentiful free samples: dirt. At first, I thought this was weird but it all makes sense when you consider the living organisms that not only live in the dirt but create symbiotic relationships with plant roots for a stronger, healthier plant.

There are a lot of bacteria that provide benefits to both soil and plants. From the Greek for “fungus-root”, mycorrhizae is the symbiotic association between plant roots and fungi.4

Mycorrhizae has been known since 1885.  There are two kinds: Ectomycorrhizal and Endomycorrhizal. Why is it important to know about this fungi? Because oftentimes newbies and experts alike fail to take into account the very tiny living organisms that live in the dirt. Chemicals are used to boost growth but often to the detriment of the living organisms in the dirt that facilitate plant growth.

Mycorrhizae will enhance the surface area of your root resulting in better nutrient and water absorption. If you are interested in more in-depth learning about your soil, check out Teaming with Microbes or the Plant Success Blog.

Looking to learn more about up and comer’s in the cannabis space. Check out our NECANN Company Profiles post. 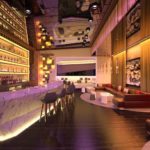 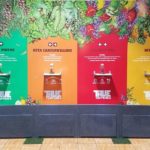