The Bay Area, a culture of real people who love their nature and community, is also home to top-shelf cannabis. Tiptop buds, rich in smell, the Bay Area, have some of the best cannabis by my taste. No wonder the brand Cookies, which is San Francisco homegrown is labeled as one of the top brands in the country.

Girl Scout Cookies ( GSC ) are the most sought-after cannabis strains in the world. A strain
I’ve indulged in while relaxing on midday on Lake Merritt in downtown Oakland.

The strain that started it all, “Cookies,” turned into a global commercial brand name. Cookies announced its opening of “Berner’s on Haight” – an adult-use licensed cannabis retail store, officially opening its doors to the public on, Saturday, December 21, 2019. 30 locations later, Cookies announces the opening of a cannabis dispensary in Las Vegas.

From the earliest days in a San Francisco garage to global growth, Ceo and entrepreneur Berner & grow expert Jai, the goal has remained the same: authenticity and innovative genetics. Starting the business from the ground up while an emerging artist, Berner has had an entrepreneurial mindset since the beginning.

From watching his father, a Mexican immigrant, owning his own taco restaurant to his mother running a headhunting business, a family foundation set on showing that you can make something of yourself with hard work. Since 13 years old, Berner has been non-stop working.

Perseverance is one reason for his success. Starting as a weed dealer and budtender in the Bay Area. Growing that into an investor and Ceo. Building your brand in the cannabis industry as a minority is tough, but Berner beat the odds and statistics. With the entrepreneurial mindset came marketing. Which would help Berner and Cookies emerge within the music industry and weed culture.

Growing up in the Midwest, it was rare to get a listen to Bay Area artist, especially in Indiana. Other than Too Short, E-40 was the rapper I listened to most. His creative dialogue while performing over melodies was unheard of.

There are many different genres in music while listening to my favorite Mixtape Wiz Khalifa, Taylor Allderdice, the track “ Mia Wallace” is the first time I heard Berner mentioned. Wiz was always on rotation, and I would check out vlogs that featured Berner to put a name to face.

The marketing mixture of the cannabis industry, music culture, and social media was at its early stages. When first introduced to Berner digitally, he marketed himself in cannabis, having the best artist to indulge in during the tour.

After forming his label, Bern One Entertainment, working his way up through the underground music scene, Berner spent much time working in cannabis dispensaries while building his music career. It was through his fame in weed circles that he eventually met and became friends with stoner rap icon Wiz Khalifa.

Berner then signed to Khalifa’s Taylor Gang Records in 2012, touring with some of the best upcoming artists at the time. The release of Urban Farmer, a first under the label, plus major collaborations with Cam’ron, Styles P, and Young Dolph, began the rise of Berner in mainstream music.

With over 2 million listeners on Spotify, Berner could now focus his marketing on his other business pursuits, including fashion lines and even his own genetically engineered strains of
medical marijuana.

Berner however is not the only artist breaking into the cannabis industry. G-Eazy has also released a new brand called the flower shop.

The top brand in the Cannabis community, Cookies provides the control of the entire experience from start to finish. Seed to sale sets them apart. Something most cannabis consumers and growers appreciates is the care of the product. From small clones, bucking, to harvest, each process is diligent and calculated.

The business takes pride in in-house cultivation, global varieties, and a full lineup of strain-specific products. Cookies are a lifestyle. So much of a lifestyle, Cookies have found their way into street fashion. Cookies SF is the upcoming clothing and accessory brand in the fashion industry.

As founder and co-owner of Cookies SF, Berner wanted to create something unique that
would help bridge the gap between streetwear, urban lifestyle, marijuana, hip-
hop music and multi-cultural society.  The Bay Area artist has said flagship stores are making between $100,000 and $200,000 a day, with some of the revenue coming from clothing.

The hype beast culture has taken hold of the Cookies brand. Where you would see high-end clothing brands worn on Fairfax and Beverly, there’s more of Cookies clothing influence.
From entertainers, and athletes to college students, Cookies SF has gloved the bodies of hip-hop moguls and professional sports stars.

With the brand building, it’s the way through the fashion industry; there is one thing that’s very clear, Cookies strains are the most sought-after product in the cannabis industry. I was first introduced to the brands top strain, “Girl Scout” Cookies in the Bay Area. A smooth high I can only compare to strains I’ve tried in Amsterdam.

There’s an assortment of strains when going online to their website: Georgia Pie, London Poundcake, Pink Rozay, but the most intriguing strain the Gary Payton. A heavy body feels but a powerful aroma with a smooth flavor. The Bay Area legend and NBA Hall of Fame basketball player with his own strain of Cannabis.

This says much about who Berner is as a person. Proud of his Bay Area roots, he’s also a man of the people. Berner added that during a recent, exclusive conversation, he was sick of being scared, sick of people being profiled, people being killed for no reason, with no justice.

This was stemming from his Melrose Cookies location being looted; which happened to many cannabis companies, including the one I worked for during the pandemic.

A statement from someone who lost more than a million dollars in the product being stolen from his business. This level of authenticity and humanity is the central part of what has made Berner’s Cookies a half-a-billion-dollar business.

He really resonates with customers, driving them to line up for hours to shop whenever a new store opens. With 18 locations in the U.S, the Cookies brand continues to expand. Their new location, the Las Vegas strip. Cookies on the Strip officially opened its doors on May 15, of this year.

Cookies have grown from a small mom-and-pop Bay Area brand to a nationally recognized underground player within fashion and cannabis throughout North America. I expect this will be another success for Berner is coming into the summer with restrictions being lifted. 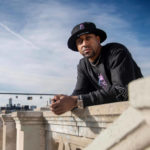 itsPurpl Urkel The New Wave In Cannabis
Next Article 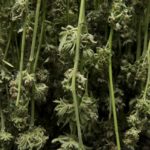 Indica vs. Sativa: In-Depth
Go to mobile version
Welcome Back!