Numerology, on its own, simply indicates the divine study of numbers. These numbers are used for guidance and insight in one’s life regarding their spiritual or philosophical goals. From repeated numbers around you, to the numbers that make up your birth date, numbers are believed to have divine meaning. In regard to names, each letter is believed to have its own numeric vibration based on its place in a given culture’s alphabet.

Numerology is a great outlet for those looking to understand a broader, universal context of the higher self, without exploring the mystical intricacies of modern astrology (and its respective regional differences).

Based on math, the originations of meaning for each number is based in a scientific and philosophical view of how the universe works. Many forms of numerology focus on the binary of good and bad. Vibrations are described as “positive” or “negative” as well as “harmonious” or “unharmonious”. As in math, these points of vibration can be graphed, and interpreted upon these vibrational values.

Numerological methods are found worldwide, with hub points being regions like Greece, or India. However, it is no lie that each region has its own cultural assumption of the meaning of certain numbers in general. An example of this is the western fear of number thirteen (13), which is sociologically accepted, but not actually a part of the modern numerological method used in the west.

The meaning of numbers in your life are dependent on the philosophy you use in your pursuit of numerology. The most common modern western use of numerology is manifested through the use of Pythagorean Numerology, however other methods such as Vedic, Chaldean, or Kabbalah exist as well with their own respective approach to your life path.

Yes that’s right, there is a numerology based around the findings and teaching from the same guy who created the Pythagorean Theorem from 7th grade math. Pythagorean numerology, the most common modern use of numerology, originated in Ancient Greece.

The founder of this philosophy, Pythagoras, was a mathematician and philosopher who created a secret society surrounding the use of numbers for divine guidance alongside more period relevant politico-sociological influences from 5th to 3rd century B.C. in Greece and Southern Italy. This form will be the dominant form of numerology featured on Mary Jane’s Post.

Given the date and location that this numerology presents, the teaching of traditional pythagorean numerology is reminiscent of chaldean numerology, which originated around Babylon and Ancient Egypt. This is solidified by historical accounts of Pythagoras finding most of his teachings in the ancient east, a.k.a. Egypt through guidance from Egyptian priests.

Naturally the idea of numerology as it was in Pythagoras’ life has a different context in modern times. However the use of sacred geometry in relevance to Pythagorean harmony and symmetry are the fundamental origins of this numerology.

In Medieval times, while Pythagoras lost a namesake to the type of numerology he asserted through his numeric symbolism, that very symbolism was integrated into scholars’ search for applying this geometry to the life of man.As a matter of fact Pythagorean Numerology did a number in influencing Kabbalah numerology, alongside other variants of numerology due to its widespread accessibility and following.

The first number we observe in Pythagorean numerology is our life path number. This number acts similarly to the way your zodiac sign does, as it gives indications to your strengths and struggles through the complexities of your personality. To calculate a life path number, all you need is your birth date. The numeric expression of your birth date, for example: 11/12/2021, is condensed into a singular number.

The life path number is then calculated by the sum of the three singular numbers:

In the case of 11/12/2021 the life path number comes out to one (1). This number is a guide through your relationship with the other numbers you receive through this method, such as your destiny number.

In the modern  Pythagorean system of numerology, a table chart is presented to us in order to assign each letter of the alphabet a numerical meaning. With the top row numbered 1 through 9 and the alphabet listed in the chronology below,  you now have a corresponding number to each letter.  This chart will assist in calculating your destiny number. To calculate your destiny number, you simply add the numeric value of each letter in your name in correspondence to the chart.

However, you may also use the numeric value ascribed to a number through where it lies in your language’s alphabet. In the case of the English alphabet:

As such the final equation becomes:

Both methods yield the same result, so it is up to the user which method they are most comfortable with. Stay tuned for more articles on the symbology of each Life path and Destiny number in more depth.

Kabbalah numerology in many ways mimics the chart method of the Pythagorean method of numerology, but specifically applies them to the Hebrew alphabet. Further, while the influence may be visible, the importance of mysticism in Judaism is to be noted in this form of numerology, especially in the meaning of each number.

The stark differences in Kabbalah Numerology to modern numerology is the lack of a birth date and the requirement for your birth name to be used in the calculation. This is due to an emphasis on the cycles of life and death, as evoked by the energy of birth. The full name is required for this calculation as well, including any middle names, and any additional last names which appear on your original birth certificate.

This form of numerology is specific to Jewish tradition and therefore should be contextualized with knowledge of the Torah, and an understanding of overall Judaism. In short the numeric symbolism is as follows:

Calculating your life path, or expression number in Kabbalah numerology is simple. Add the value of the letters in your full name, and then add the digits of your sum, as seen in Pythagorean numerology above. In some equations the numerologist may choose to divide by 9, which should yield the same result as the former.

Chaldean Numerology originated in ancient Egypt- or more specifically southern Babylonia, and functioned around the basis that the universe is built on vibrations. It was believed that vibrations functioned in an “as above, so below” system, implying that like vibrations attracted each other. In order for one to attract balance, they had to balance themselves.

This form of numerology, which is believed to have inspired Pythagoras, includes the importance of the full date of birth alongside the full name. However, unlike the Pythagorean and Kabbalah Numerology, the alphabet numeral chart lacks a nine (9) as it was considered a holy number, and omitted.

In Chaldean numerology, as with general numerology, numbers are thought to provide divine guidance, or in this case indicate your destiny. The two numbers you receive with this method from your name and birthdate separate your human self (name) from your highest self (birth date).

This separation is essential to understanding how to use your chaldean numbers, as they are indicative of how your human nature interacts with the will of your higher self, and what you may be destined to do. Since your human self is represented through your name, it is best to use the name your are addressed as in social settings, amongst peers and family, in contrast to your required “legal name” as seen in Kabbalah or in some Pythagorean methods.

As the name implies Vedic Numerology is an Indian Numerology which utilizes Vedic esotericism. Unlike the other forms of numerology, Vedic numerology provides numbers, not only to your name and birthdate, but to your zodiac sign and planets. This weaves an intricate web of numerology and astrology within Vedic escosterism. This method of numerology also functions on the basis of vibrations which are assigned to each number.

Similarly to modern numerology, Vedic numerology gives each letter a vibrational number by employing the 1 through 9 table chart as seen and discussed above. Each number in this chart represents complex vibrations which correspond to planets, as well as stages of the life cycle in a human.

Also like Pythagorean Numerology, the Vedic system uses graphing as their form of divination in number symbology. For example, the use graphing of vibration number two (2) is described as an oval with a flattened bottom, implying one has the ability to receive and release new ideas and concepts- this is indicative of diplomacy and flexibility.

In vedic numerology the numbers 1 through 9 are divided by the seven luminaries with the addition of Rahu and Ketu- the nodes of the moon. These all hold vibrational importance and influence on the lessons we learn while on the Earthen plain, working on a binary of positive and negative vibrations. Similarly to Chaldean numerology the use of complex number symbology is present as numbers 1 through 31 are assigned planetary significance like so:

While the vedic system, like the other systems of numerology, provide three different numbers for your inspection, the name number is the most commonly seen, as well as the most important to understanding the self. Due to the intricate use of numbers, planets, and letters in Vedic numerology it is best to have your number calculated on a helpful site, or study the method on your own. However, here is a brief title for each name number you may receive.

The use of numerology is not only a spiritual endeavor, but a scientific one as well. Functioning massively in past and present regions around the world, it can be a powerful tool in understanding yourself in context with the rest of the universe.

The insights each method of numerology provides is influenced by the moral and mythological context of its originating region, and while all can be accurate it may be useful to integrate a numerological method which is most in line with your ancestral context. Otherwise it may be wise to reflect on your understanding of destiny as it functions in your life as an indicator for which numerological method to employ.

In the modern west, where spiritual and religious ideology is mixed or ambiguous, the Pythagorean method of numerology is most practiced (if not always referred to as “Pythagorean”) as it suits the philosophical collective morals of western society. For more information on the symbology of Pythagorean numbers, feel free to explore Mary Jane Post’s section on Spirituality. 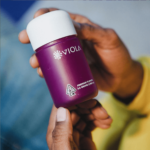 itsPurpl Urkel The New Wave In Cannabis
Go to mobile version
Welcome Back!