It will be interesting to see other state legislature stance on using marijuana tax dollars to fund youth prevention efforts as the legalization of medical and recreational marijuana continue to prove successful in increasing tax dollars. Denver reports over 47% percent of tax dollars went to education in the fiscal year of 2017-2018!

We can only hope other state legislatures follow suit as we expect more state and federal laws passed in the years to come.

DENVER — After almost five years of legalized recreational marijuana sales, the tax money keeps pouring in for Denver and the state of Colorado. “One of the reasons why I think we’ve been so fortunate to be so successful is we’ve had adequate funding to support the work needed […]

Her office projects more than $48 million in revenue this year from different taxes on marijuana. In Denver, all marijuana tax money goes to the general fund. The city also needs to dedicate portions of that tax revenue to education, enforcement and regulation. She said that during these last five years, nearly $13 million of the revenue went toward youth prevention efforts. 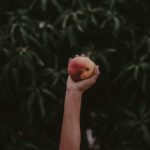 How and why Mangos May Enhance High
Next Article 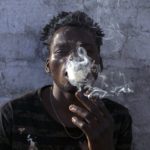