Cannabis finance will be the booming topic of 2019.  Emerging into the U.S. market in early 2018, listings by Cronos Group (CRON) on Nasdaq and Canopy Growth Corporation (CGC) on the New York Stock Exchange, pioneered the pure-play cannabis company entrance into the U.S. financial market.  A thundering IPO by Canadian company Tilray (TLRY) midsummer left cannabis critics speechless and brought the marijuana industry to the forefront of financial talks.  Large-scale strategic mergers and encompassing North American legislative changes at the tail-end of 2018 have created a robust cannabis industry environment opt for an explosive 2019.  It is no question that cannabis will be the hot financial topic for 2019. The question is: Who are the key players you need to know about to make your investment decision?

For pure-play cannabis companies, there is one major player in the U.S. economy at the moment: Tilray Inc.  Tilray, listed as TLRY on Nasdaq, made headlines this summer when it became the first cannabis company to raise capital via Wall Street.  Raise capital means that it was previously a private company that decided to go public for the first-time through the U.S. Nasdaq stock exchange.  Thus, July 19th 2018, will forever be known as the first marijuana IPO in U.S. history.

Why this is important:  It signals that a private company felt confident in the public perception of marijuana in the U.S. economy to decide to raise funds for growth through a U.S. open market source.  The Cronos Group (CRON) and Canopy Growth Corporation (CGC) both raised their initial public funds on the Canadian TSX Venture Exchange (TSX-V) before “uplisting” i.e. upgrading to the U.S. stock exchange.  And on an exchange as prominent as Nasdaq, plenty of capital can be raised in a few short hours . . .  or it can be a complete collapse.

A complex network of quantitative underwriting and qualitative speculation resulted in Tilray’s initial public offering price per share to be valued between  $14 – 17, and Tilray priced its IPO at $17. All shares were immediately eaten up by Bullish investors and within one day of open trading, Tilray Inc. raised $153 million for its growth.  For the U.S. financial system, that was the start of the storm. By end of day, trading for Tilray stock had closed at $22.39, a 32% increase over the opening market value.  As of market close on Monday, January 14, 2019, Tilray stock resides at $1o2, a price-per-share increase of 355%.

So who is Tilray?  Taken directly from their website, Tilray is “… a global leader in medical cannabis research, cultivation, processing and distribution” who hopes to “…lead, legitimize and define the future of our [marijuana] industry by building the world’s most trusted cannabis company”.  Lofty goals, but they are firing on all cylinders. After their explosive IPO, Tilray announced it had acquired Alef Biotechnology SpA, its distribution partner in Latin America, and entered a collaboration deal with Sandoz AG, a generic pharmaceutical company that will help Tilray expand its presence in Europe.  Currently, Tilray is the first licensed cannabis producer in North America to achieve Good Manufacturing Practice (GMP) in accordance with the European Medicines Agency (EMA) standards. Tilray already has a presence in 10 countries, including New Zealand and Australia, and all signs point to significant global growth in the coming year.

Canadian cannabis holding company Cronos Group (CRON) was the first pure-play cannabis industry to list on the Nasdaq with its initial IPO listing on February 27, 2018.  Self-described as a “… geographically diversified and vertically integrated cannabis group that operates within Health Canada’s Access to Cannabis for Medical Purposes Regulations and distributes globally”,  the Cronos Group is essentially a consortium of Canadian cannabis producers operating within Canada and exporting to the global market.

CRON witnessed a 2% price-per-share decrease at the close of their first trading day, closing at a meager $7.62 per share.  The lackluster opening was due in a large part to the rescindment of the Cole Memo by the U.S. government in early 2018 and CRON’s previous share value on a Canada-based venture exchange.  Shares continued to plummet until early Fall, when virtually all North American cannabis companies saw a rise in their share values leading up to Canada’s big announcement that it would be the first major world economy to legalize recreational marijuana.  All this aside, the reason why the Cronos Group has maintained its stature as a key player in the emerging U.S. cannabis industry is due to its recent merger with American big tobacco company Altria.

In December, The Cronos Group and Altria announced a $1.8 billion investment merger in which Altria acquired 45% (with clauses to acquire up to 55% holding power) of the cannabis holding company.  Similar to the Tilray IPO success, the Altria-Cronos merger notified investors that the cannabis industry has reached U.S. soil and big money is to be made within the industry. For the Cronos Group, merging with Altria provides much-needed regulatory expertise to navigate the complicated U.S. intra-federal-state relationship with marijuana dispensaries and production facilities.  Additionally, the merger provides The Cronos Group with a stable footprint in the U.S. economy. Prior to the merger, the Cronos Group had been operating almost entirely through its Canadian subsidiaries. Now, with access to Altria’s commercial operations within the United States, the Cronos Group is set to become one of the largest players in the rapidly developing U.S. cannabis market.

In early 2018, Canopy Growth Corporation became the first pure-play cannabis company to be listed on the New York Stock Exchange (NYSE).  Similar to the Cronos Group, Canopy Growth Corporation, herein referred to by its ticker symbol CGC,  uplisted to the New York Stock Exchange from the Canadian venture exchange TSX-V.  According to its website, Canopy Growth Corporation’s mission is simple:   “… advance the world’s perception of cannabis by focusing on research, product development and innovative production capabilities – all presented through brands people trust”.   With a $4 billion investment by Fortune 500 company Constellation Brands this Fall, it seems that CGC is on track to deliver on this statement.

Why it’s a big deal: Arcview Group and BDS Analytics, two of the most trusted and reputable cannabis investment and market research firms, appraise North American legal cannabis spending to reach $23.4 billion by 2022 (See link to the analysis here).  By 2027, that figure is expected to grow to almost $50 billion for North American alone.   For comparison, legal cannabis spending in North America centered around $9 billion in 2017.  That’s a Compound Annual Growth Rate of 18.71%.   Global spending, including North America, is expected to reach $57 billion by 2027.  Thus, the great majority of “mary-money” is to be found in U.S. investors’ own backyard.

As a Fortune 500 international distributor and marketer for beer, wine, and spirits, and owner of core brand names such as Corona, Modelo, and Svedka, partnering with Constellation Brands could not have come at a more strategic time for CGC.  The 2018 Cannabis Report from Deloitte Canada indicates that “smokable marijuana” will generate $5 billion in 2019, whereas the edibles sector, of which beverages are included, is expected to reach upwards of $20 billion by 2022. Additionally, Technavio, a global emerging market research and analytics firm, highlights the trend for the global cannabis-infused edible product market to grow by a Compound Annual Growth Rate of more than 25% from 2018 – 2022 (see the report here).   The $4 billion investment from Constellation highlights that cannabis edibles are on the way for CGC, and indicates that CGC is more likely to acquire key global assets in almost 30 countries that are currently pursuing a medical cannabis program. 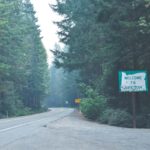 Oregon Harvested One Million Pounds of Marijuana in 2018
Next Article 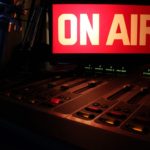 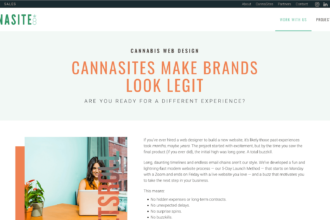 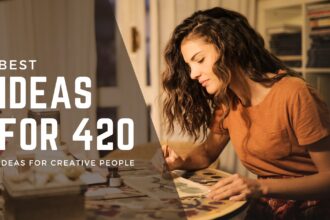 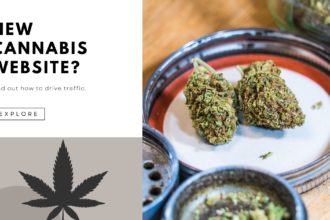 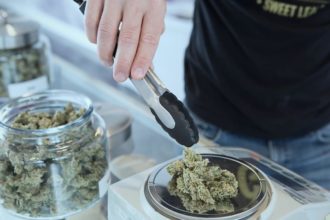