Marijuana legalization efforts have been revitalized after the Kibra Member of Parliament, Ken Okoth joined the growing number of people calling for the legalization of growth, use, trade, and possession of cannabis in Kenya. Past efforts had seemingly lost the steam they had generated and had died down in the public eye until the lawmaker joined the petition.

However, Ken Okoth’s efforts will not be the first attempt to legalize weed. In April 2017, Gwada Ogot, a Kenyan researcher had petitioned the parliament to legalize cannabis. In March 2018, another Kenyan researcher, Simon Mwaura also petitioned the parliament. However, some legislators were opposed to the idea claiming that the lobbyists had no medical background to make the claims of medical benefits of marijuana.

In a letter dated September 21st, 2018, the lawmaker requested assistance in preparing the necessary bill for publication and attached a working draft bill. In the draft bill, the lawmaker seeks regulation of hemp and cannabis by registering growers, producers, and users. He also wants children to be protected in case of marijuana legalization.

Ken Okoth also suggested that research and policy development be done on the medical properties of the stimulant, recreational and industrial use and the growth while focusing on the preservation of intellectual property rights for Kenyan research and heritage. If the bill goes through, Kenya will be the fourth country in Africa to legalize cannabis after Zimbabwe, Lesotho and South Africa.

Past Petitions to Legalize Marijuana in Kenya

In February 2017, Gwada Ogot, a Kenyan researcher, petitioned the Senate to legalize marijuana. He was seeking to remove marijuana from the list of banned substances and to establish a regulatory body to control its production, growth, and use. He also advised that all people serving jail sentences for marijuana-related crimes be granted amnesty.

Ogot argued that the controversy and crime around the plant is derived from its prohibition and not the plant itself, its use or its users. In the petition, he also stated that cannabis has many documented medical and industrial uses and its legalization would result in significant economic and social benefits for the country. He added that the plant is God’s ‘gift’ to humanity.

In March 2018, Simon Mwaura, a researcher from Hyaquip Kenya (science and innovation company) petitioned the National Assembly’s Health Committee to allow at least 150,000 farmers to grow marijuana claiming that food supplements would be extracted. Mr. Simon claimed that he had carried out research on marijuana alongside miraa (khat) in 2014 and had isolated the ‘high’ inducing components and had managed to extract medicinal and nutritional components.

Marijuana Use in Kenya

Data from the National Authority for the Campaign against Alcohol and Drug Abuse (NACADA) showed that cannabis is the most abused drug and is very popular among 18-25-year-old males. The data also showed that least 163,863 children below the age of 18 years use cannabis in school. According to a 2015 study by NACADA, marijuana is used by about one percent of the population aged between 15-65 years old.

The bill by Ken Okoth comes between calls by a section of Kenyans to legalize the growth and use of marijuana. One such call is by Raila Jr, son of National Super Alliance (NASA) leader Raila Odinga, who called on the government to legalize marijuana saying that serious discussions on the legislation and control are needed.

New Zealand Votes on Legalizing Recreational Marijuana by 2020
Next Article 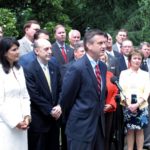