In 1937, the Marijuana Tax Act criminalized cannabis throughout the country. The H.R. 6385 act was drafted by Harry Anslinger. Enacted August 2, this law introduced two controversial and hypocritical policies. The government wasted no time finding scapegoats to parade for this act. Moses Baca and Samuel Caldwell would be the scapegoats for this act, when they were arrested by the Federal Bureau of Narcotics and the Denver Police arrested for possession and dealing respectively. They were the first to be arrested for not paying taxes for cannabis. Baca was sentenced to 18 months in prison. Caldwell was given four years for violating the act. The rationale for the law would shift from encouraging farmers to grow commercial hemp in the 1940s-1950s to perceiving it as a ‘criminal law’. This act would cause a severe blow to the commercial industry. The last hemp fields were planted in Wisconsin in 1957.1 The government appeared genuinely shocked that people would not openly register for cannabis licenses with the federal government. President Johnson’s Commission claimed,

“The Act raises an insignificant amount of revenue and exposes an insignificant number of marijuana transactions to public view, since only a handful of people are registered under the Act it has become, in effect, solely a criminal law, imposing sanctions upon persons who sell, acquire, or possess marijuana.”2

The 1969 court case Leary v. United States would be an instrumental blow to the act. By allowing taxation of cannabis plants, the government effectively was asking people to register and in doing so admit to an illegal federal act. The Supreme Court would shut this down as the Tax Act violated the 5th Amendment by forcing the individual to incriminate him/herself.

During the 1930’s cannabis hemp was predominantly studied as a viable replacement—for both cost and resources. By 1938, both Popular Mechanics and Mechanical Engineering were hopping on the cannabis legislation bandwagon. By 1916, successful hemp pulp technology for paper making had already been invented— by of all organizations— the U.S. Department of Agriculture. In early 1937, cannabis was still legal for growing in the U.S. During this time the DuPont family had heavily researched alternatives methods for plastic and paper production. The chief financial backer to the research was business magnate Andrew Mellon of the Mellon Bank of Pittsburgh. Mellon was an incredibly powerful man at the time, even serving as Secretary of Treasury for President Hoover.

By the mid-1930s it appeared that hemp-fiber machinery would become a viable reality. At this time, the DuPont family—timber barons who owned thousands of acres of trees—along with pulp manufacturers like William Randolph Hearst seemingly woke up to the fact that an affordable and responsible hemp production process would threaten their riches. Hearst began a nonstop propaganda campaign against cannabis legislation, aided by his vast wealth and ownership of major newspaper publications. Headlines published during this time capitalized on the irrational racist fears common during the 1930s. Predominantly, his newspapers and tied to Harry J. Anslinger portrayed African American and Mexicans as vicious marijuana smoking criminals.

A popular smear campaign was associating ‘marihuana’ with the underground jazz culture. The main content of these messages was that cannabis led persons of color—specifically, not all people— to ‘disrespect’ whites (it should be noted that during the early 1900s, ‘disrespect’ amounted to making eye contact with a white person or even laughing in their general direction), and rape white women. Headlines even attacked the non-psychoactive plant. For a plant that begin its journey as a widely accepted and useful resource, the transition into a foreign substance called ‘marihuana’ capitalized on American racial fears.

As Secretary of the Treasury, Mellon appointed Anslinger to the Federal Bureau of Narcotics(later changed to the Drug Enforcement Administration). A cozy family arrangement indeed, as Anslinger married into the Mellon family by way of Martha Denniston—Mellon’s niece. Testifying before Congress in 1937, Anslinger claimed, “Marijuana is the most violence-causing drug in the history of mankind.” This man would continue to demonize this plant and minority cultures for 31 years leading to one of the most unsuccessful, dehumanizing and immoral years of American drugs enforcement. 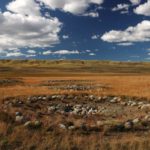 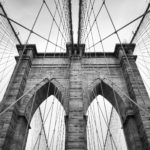