Despite many modern states still trumpeting draconian laws against marijuana, Americans have relied heavily on cannabis as early as the 1680s. Anti-cannabis legislation is relatively new. According to the Consumers Union Report on Licit and Illicit Drugs, the marijuana plant was a  major crop in North America.

Contents
Cannabis: Legal & Political History, Part One…History of MarijuanaFrom Where and What is Cannabis?The 20th Century

It played an important role in the colonial economy and Virginia even, “. . . awarded bounties for hemp culture and manufacture, and imposed penalties upon those who did not produce it.”1 It was not as a narcotic or psychedelic that the plant was so greatly prized. Rather, it was it was appreciated for the diversity and utility of textile materials

an individual could produce. In the early years of China, hemp was cultivated as a fiber-producing crop.

The history of how marijuana has traveled around the world is a fascinating and entire book unto itself. Think about it this way: Long before debates on cannabis legislation, cannabis use originated thousands of years ago in Asia. As technology slowly developed, humans began traveling further and further distributing the plant wherever they went.

The cultural stigma of marijuana as an ‘evil’ drug is relatively new. For the most part, it was widely-used by shamans or medicine men for spiritual purposes. Barney Warf, professor of geography at the University of Kansas described— in an interview for Live Science— that this idea as a ‘historical anomaly’2.

From Where and What is Cannabis?

According to Warf, the plant evolved from the area of Central Asia. Flourishing in the dump-sites of prehistoric hunters and gathers, burned cannabis has been found in kurgan burial mounds in Siberia. Some burial grounds as far back as 3,000 B.C have been discovered with the remains of the plant.

Traveling to Europe through the Middle East between 2000  B.C. and 1400 B.C, the plant made its way most likely due to Scythian tribes who utilized the plant or religious ceremonies. Then picked up by Germanic tribes on route to Europe.

At the beginning of the 20th century, it arrived in the southwest United States from Mexico. The Mexican Revolution which began roughly the year of 1910-1911 and lasting nearly a decade left the Mexican government and culture completely transformed.

Cannabis was outlawed first in 1915 by Utah. Harry Anslinger became the first commissioner of the Federal Bureau of Narcotics (FBN) in 1930. Twenty-nine states would outlaw the plant by 1931. His goal as the commissioner was to undertake multiple attempts to make marijuana illegal in every state.

Continue to Part 2: Continue the Journey to Part 2

[2] Blaszczak-Boxe, A. (2014, October 17). Marijuana’s History: How One Plant Spread Through the World. Retrieved December 6, 2018, from https://www.livescience.com/48337-marijuana-history-how-cannabis-travelled-world.html 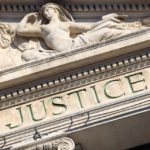