As a new decade begins, let’s look back at just how far recreational marijuana legalization has come. When the last decade started in 2010, legal cannabis was nowhere near what it is today — and it appears that legalization still has quite the long road ahead of them.

Contents
What states have legalized recreational marijuana at this point?In 2020, look out for these states to take the next step in legalizationStates to look out for in 2020: Liberal City EditionConclusion

In the last few years alone, many states have decided to legalize recreational and medicinal marijuana. Already, it appears this growing enthusiasm for legalized cannabis will affect 2020 and the decade to come.

Below, you’ll find everything you need to know about where we as a country stand with legalized marijuana. Every state that has legalized cannabis will be mentioned, as well as the states that have already begun questioning whether they should legalize cannabis, too.

What states have legalized recreational marijuana at this point?

As of January 2020, 11 states have legalized recreational marijuana. These states are as follows:

Illinois is the most recent state to legalize adult use of recreational marijuana. On January 1, 2020, the state officially legalized the sale and use of cannabis. This makes Illinois the second state in the midwest (other than Michigan) to have legalized recreational use. And, as we’ll mention below, it looks like they won’t be the last midwest state to go this route.

As more and more states begin to their journey to legalization, the average of people who are in favor of legalization nationally rises. In fact, a recent CBS News poll found that 65% of adults in America believe that recreational marijuana should be legal.

Also seen in this poll is how legalization has changed for Republicans. For the first time in a CBS polling, the majority of Republicans were in favor of legalization (at 56%).

This rise in acceptance could be related to how these 11 states have managed to legalize cannabis over the past few years. As more people around the nation realize that this is truly something that can be accurately (and safely) done, they may find it more favorable than they did before.

Of course, not everyone is in favor of legalization. Older generations are still by far less accepting of legal marijuana than the younger generations, and this also appears in CBS News polls. However, by a long shot, more American adults have become favorable to the legalization of marijuana.

If these poll results are any indication, we can probably expect more states to begin attempting to legalize cannabis. Already, we can see new states working to vote on this issue at the end of 2020. And, as the decade continues, we’ll probably see this happen with each new year.

In 2020, look out for these states to take the next step in legalization

While 11 states have already legalized recreational cannabis use, it appears that many more will soon take this next step in 2020 and in the years to come. There are a few states to look out for, as they’ve already begun the first steps to attempt to legalize marijuana.

Missouri is also another state to look out for. Much like Oklahoma, residents in this state (which has legalized medicinal marijuana) have already taken that next step and started the necessary petitions.

Missouri and Oklahoma are vitally important when discussing the overall legalization in America. These two midwestern states tend to vote conservative. Their desire to legalize recreational use of cannabis corresponds with the poll mentioned earlier — even those who identify with conservative politics are deciding to vote in favor of recreational legalization (at least, more than they ever did before).

Florida, Minnesota, and Virginia are other states to pay attention to as 2020 progresses. These three states have also shown signs of potentially reaching legalization by the end of the year.

States to look out for in 2020: Liberal City Edition

While it’s important to look at how midwest cities of the United States are handling the legalization of recreational marijuana, it’s also interesting to understand where liberal cities that have yet to legalize marijuana stand.

Possibly the two states most important in 2020 (in this regard) are New York and New Jersey. Both states have many residents who have been in favor of legalizing recreational marijuana for a while. However, plans to take this to the ballot have failed (thus far).

Cannabis experts who study legalization say that these two states could be next to legalize marijuana, as early as 2020. In fact, New Jersey already has legalization on their ballot. Voters will decide whether or not to legalize cannabis in November, while New York has yet to succeed as their neighbors have.

At the beginning of this new decade, cannabis legalization appears to be as popular as it has ever been. More and more American citizens favor legalizing recreational use around the nation. As the year (and the decade) continue, we can expect to see more states putting the question of legalization on state ballots for voters to decide.

Compared to how the last decade began, marijuana legalization has come quite a long way in only 10 years. In another 10, there’s truly no telling where we could end up as a nation. While many dream that legalization will reach the federal level, this doesn’t seem likely (at the moment). While it may not seem likely, that doesn’t mean that cannabis experts and those in the industries are even thinking about giving up their fight to legalize cannabis nationwide, or to at the very least work with federal banks. 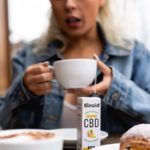 CBD to heal and empower: A helping hand from mother nature to all women
Next Article 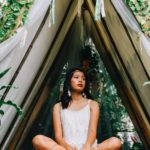